How did the Russians get a Demogorgon in Stranger Things?

Netflix just confirmed Stranger Things will have a fourth season, which is fantastic news for all the Strangers out there. Season 3 left so many unanswered questions on the table. Is Hopper really dead? Where did the Russians get the Demogorgon? Is The Upside Down still open? Will Dustin form a boy band? Will Steve ever find love again? Who is the American that the Russians have imprisoned? Is it Eleven’s papa? Is it Hopper? Is it Billy? Is it Barb? We never did see Barb die. Maybe it’s Bob?

Listen to our episode about Stranger Things HERE!

Luckily, season 4 should be able to answer some of these questions. Up until the credits rolled, season 3 of Stranger Things seemed to be wrapped up pretty neatly after the Mind Flayer was defeated and portal to The Upside Down was sealed. Their last three years in Hawkins had been dramatic for everyone, but the Byers family had it the worst.

After two of her love interests were killed defending the living world from The Upside Down, Joyce Byers decides to take her boys and Eleven and move away from Hawkins. Who would blame her? That family definitely deserves a fresh start where every place doesn’t remind them of all the horror they’ve witnessed. Tearful goodbyes were shared. Life appeared to move on. Steve and Robin look for new jobs. Erica is given a bunch of “nerdy” toys that she actually seems excited to receive. And then the post-credits scene changes everything.

The post-credits scene of season 3 shows Kamchatka, Russia and a secluded prison where two Russian soldiers walk by locked doors. The one Russian guard starts to open a prison cell and the other Russian says, “No, not the American.” They grab the prisoner in the next cell instead and take him down hundreds of stairs into a dungeon like area. The ground is wet and covered in blood. The man begs for his life as the two Russian guards stand on the opposite side of a fence. They remotely open a door and a hungry Demogorgon emerges.

Where did the Demogorgon come from? How did the Russians get a Demogorgon? There are many theories circling the web. Potentially there is another portal open to The Upside Down. Maybe a Russian spy from the Hawkins Lab shipped a Demogorgon or Demodog to Russia. Perhaps, the Russians were able to only temporarily open a portal and a Demogorgon escaped into the living world. Another theory is that the Russians have always had a Demogorgon. Or maybe, like Will, one of the Russians threw up a slug.

If the Russians always had a Demogorgon, why would they have needed to open the portal to The Upside Down? They would have had the power to do that the whole time and would not have had to go through all the trouble of bribing the mayor of Hawkins or building Starcourt Mall. It would have just been easier to proceed with their plans in a secluded area in Russia.

It’s also doubtful that a live Demodog or Demogorgon would have been able to be transported across the world without detection or without escape. I know I wouldn’t want to be the one to try to cage up the angry creature and then travel with it. We saw what happened to Dart when he was trapped in a basement – he found a way out, eating through cement and any other obstacle that came in his path.

A potential theory that could work is that one of the Russians was bitten by a Demodog or the Mind Flayer and, like Will, threw up a slug. But this isn’t my favorite theory.

A theory that I’m a fan of is that the Demogorgon is a descendant of Dart. In season 2, Dart is killed when the portal to The Upside Down is closed by Eleven. Dart was able to resist the Mind Flayer because he had bonded with Dustin. Steve and Dustin then put a dead Dart in Will’s freezer. Dustin claimed it was necessary for science. Season 3 came and went without addressing what happened to the frozen scientific discovery.

I like to imagine after all the stress and drama of fighting the Mind Flayer, Joyce had a surprise when she opened her freezer and found Dart. In terms of what happened to the Demodog in the freezer, some speculate that it was returned to Hawkins Lab, it turned to dust, or it was buried out in the woods.

Perhaps Dart’s body was used for scientific research but not by the Americans. What if the Russians found his remains and used it in order to study how to create their own breed of Demogorgon? The Russian’s Demogorgon looks similar to the creature in the first season but there are some differences. The Russian’s creature is lighter in color.

Or perhaps Dart never died and was simply only knocked out. While many will argue that Dart was killed when the portal closed because he had lost his connection with the Mind Flayer, it is quite possible that Dart was able to survive. He had instances where he disobeyed the Mind Flayer when it came to Dustin and his crew. If Dart wasn’t dead, and only knocked out, it would be a whole lot easier to transport an unconscious Demodog.

If the Demogorgon is Dart or a descendant of Dart, it will be interesting to see how that relationship with Dustin continues. Will Dart still show allegiance to Dustin or will be now show allegiance to the Russians who have been keeping him housed and fed. But, unlike Dustin, the Russians only care about the Demogorgon for its power. Dustin truly loved Dart and cared about him – that’s a bond that’s hard to break. 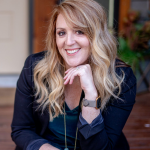 Alicia Chapman is a freelance writer who enjoys writing about lifestyle and entertainment trends. Her favorite shows to binge are The Handmaid’s Tale, Ru Paul’s Drag Race, and anything Harry Potter. You can follow her on Instagram and Twitter @aliciahchapman or see more of her work at www.bluebirdcreativesolutions.com.